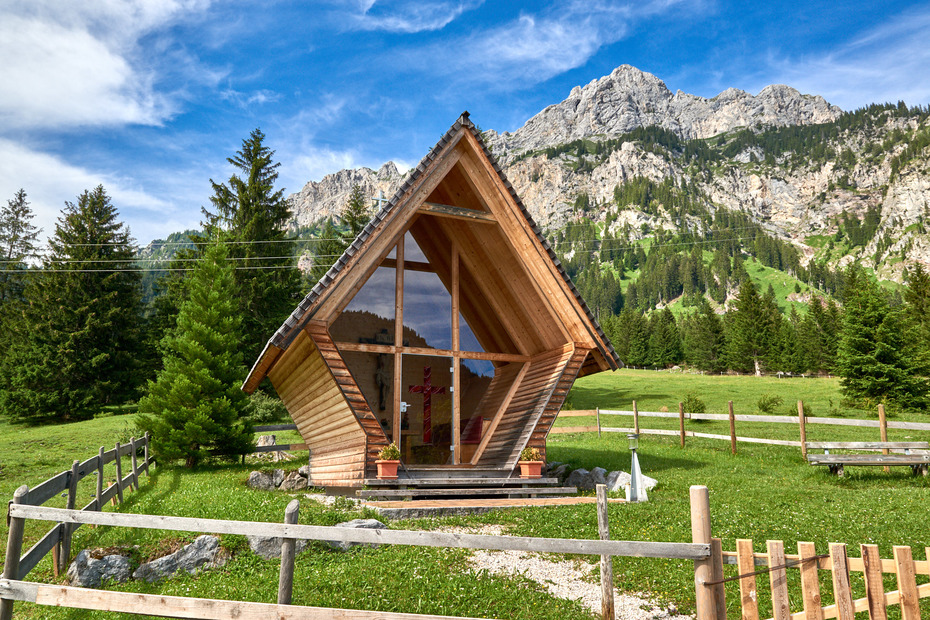 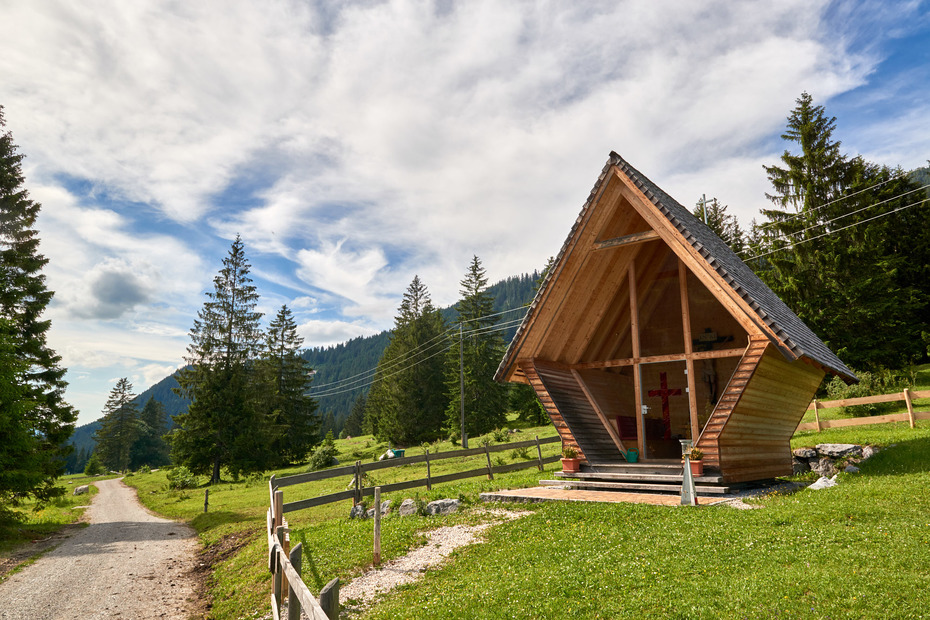 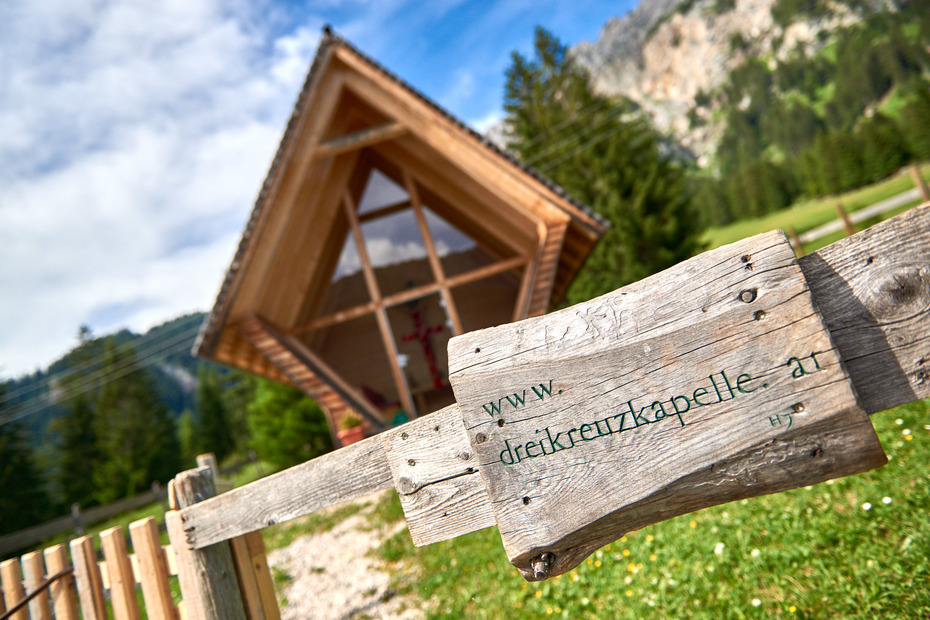 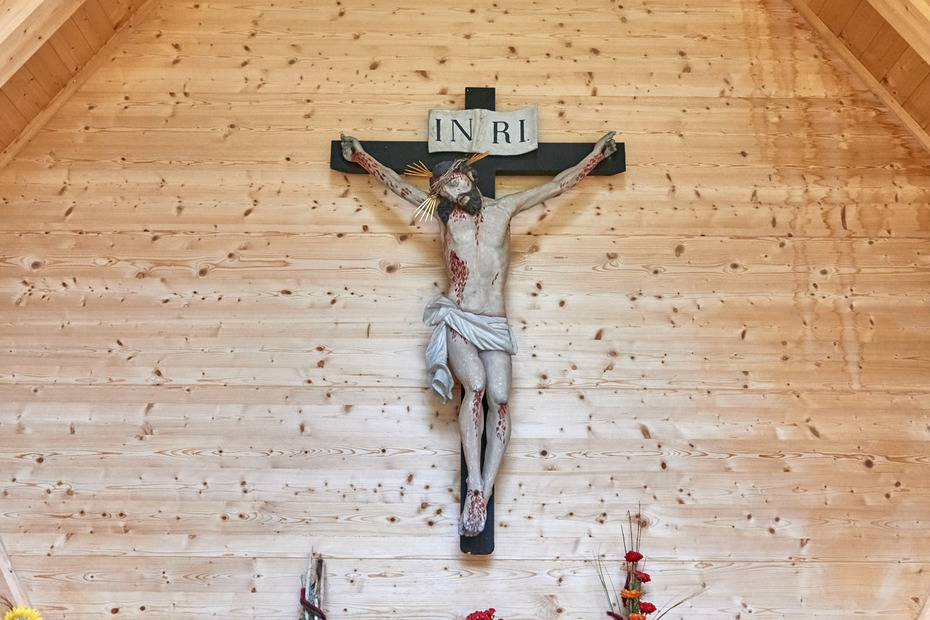 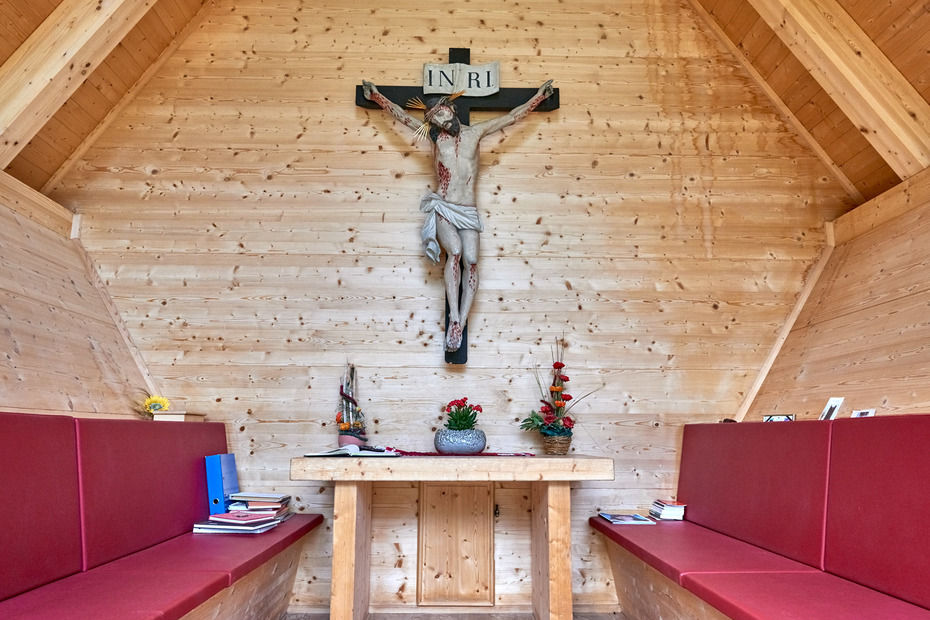 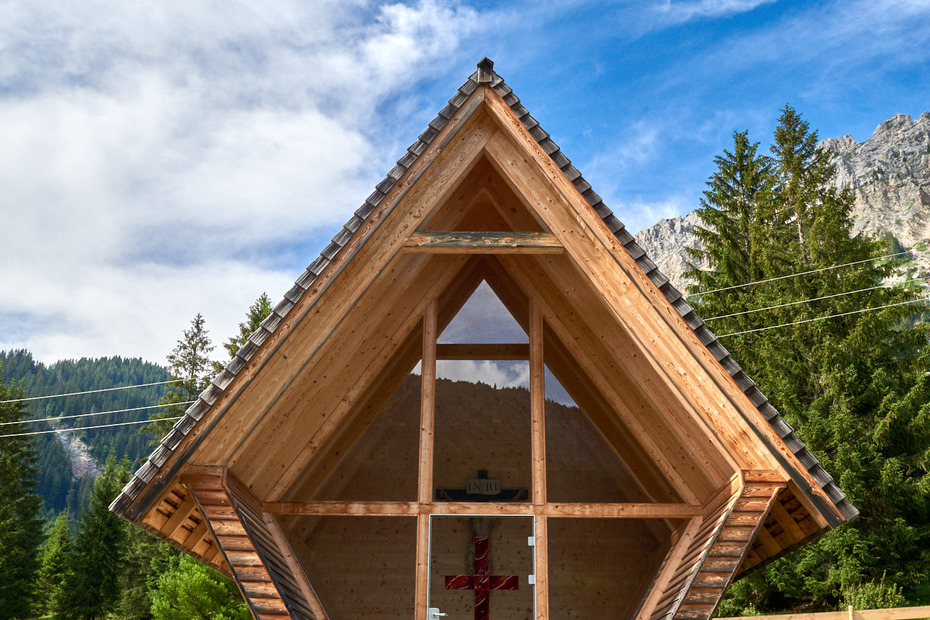 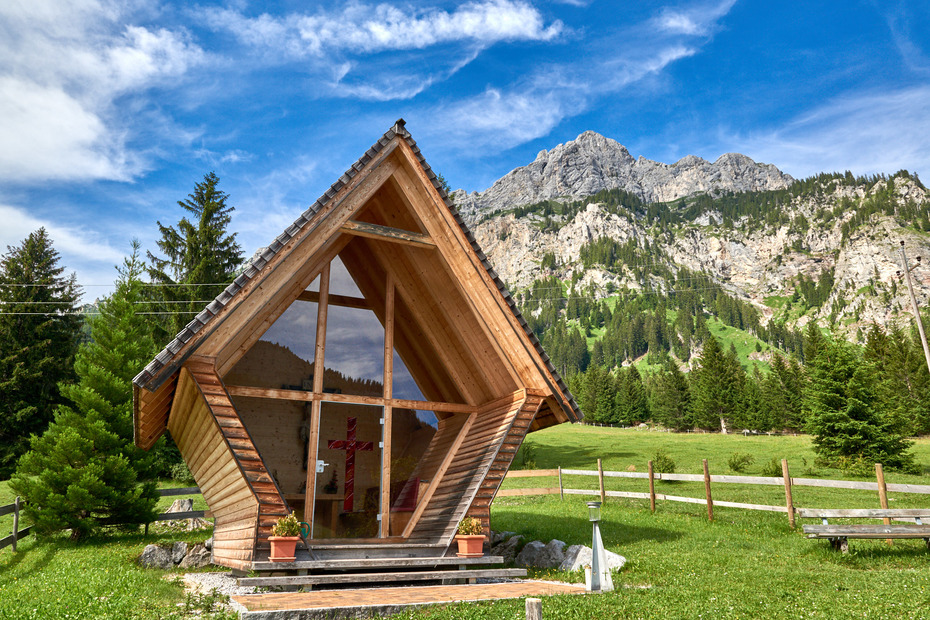 At the western end of the village in the fraction Schmitte, privately owned by the family Roland and Emma Knittel. At the time of the "Salzrod" stood here three crosses, which were popularly called "at the three Schächern". The chapel, built in the middle of the 19th century, is a brick, towerless building with a wide, segmental-arched entrance, a slightly indented round chancel and a steeply pitched roof. Inside, a vaulted room with Rudnapside and a crucifix by Nikolaus Babel from Pfronten, 1690. More information: www.dreikreuzkapelle.at