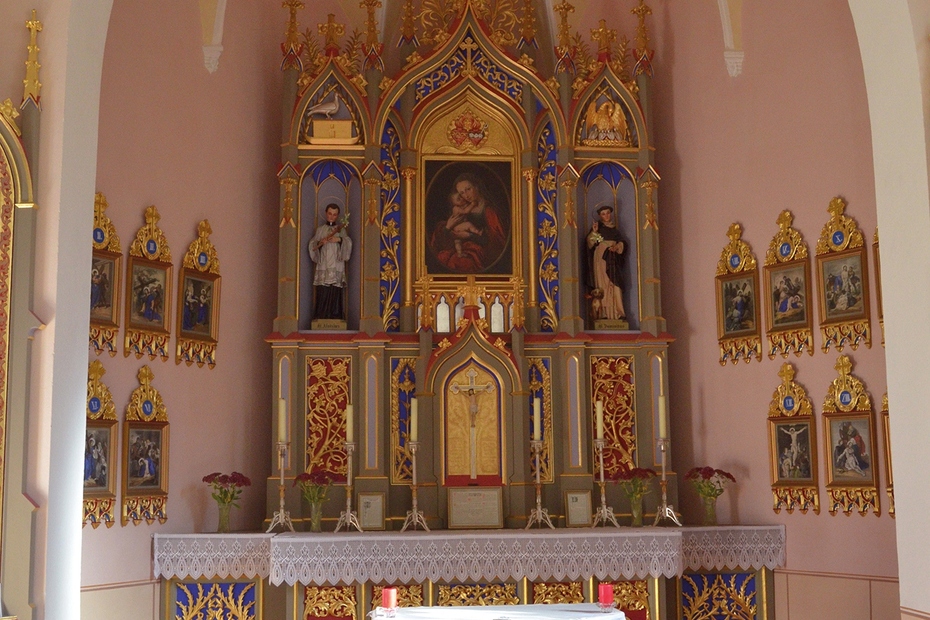 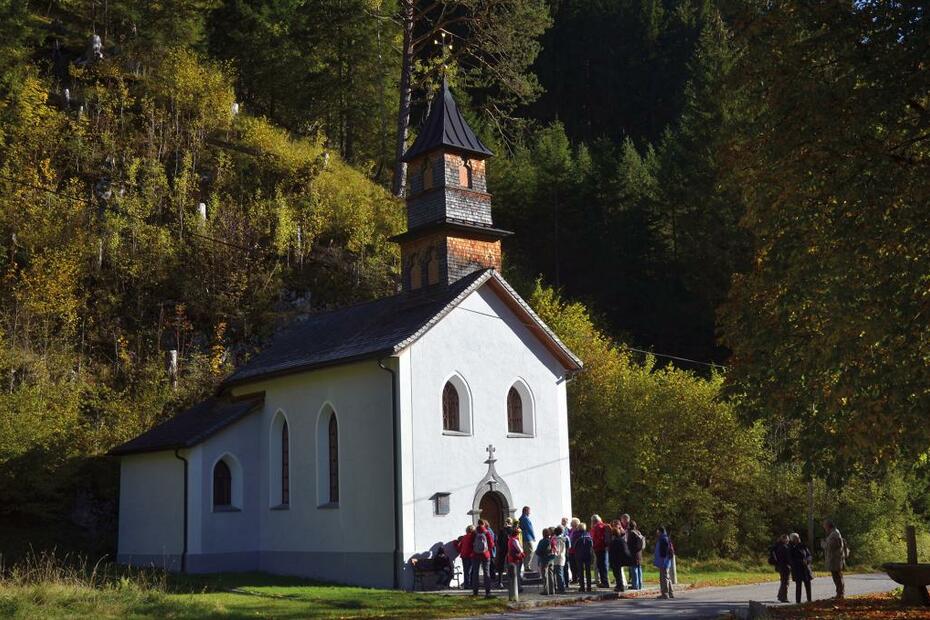 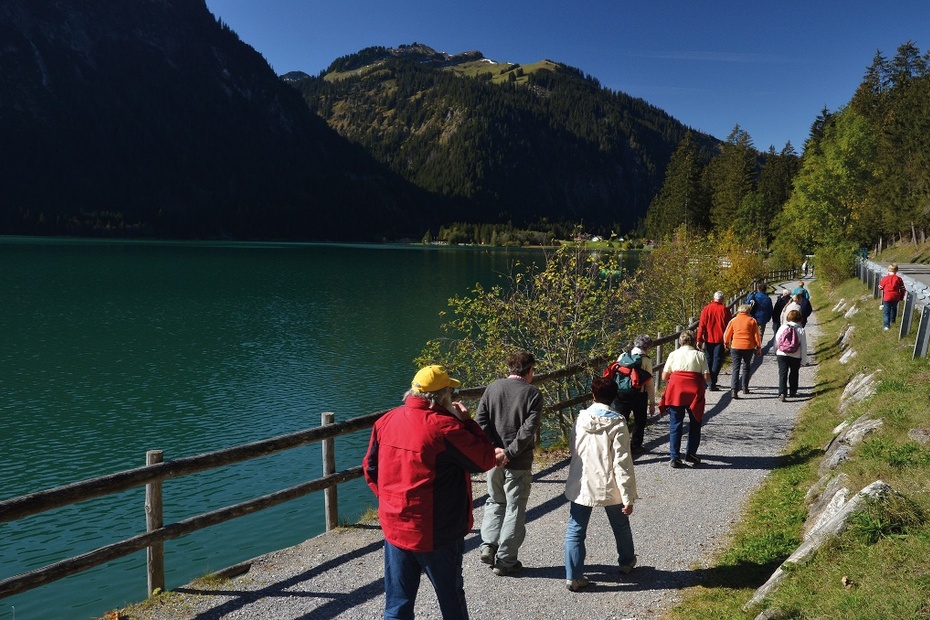 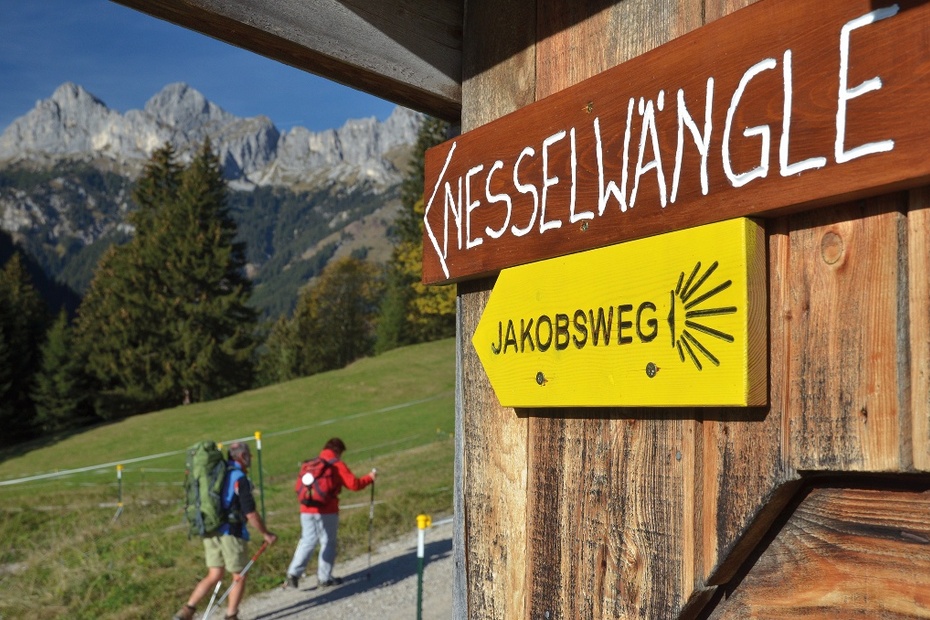 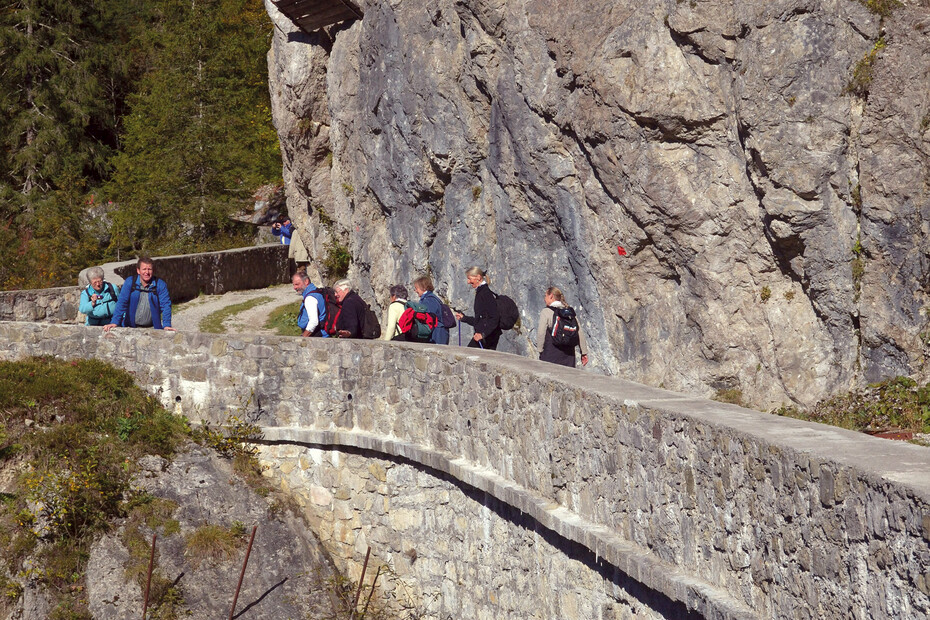 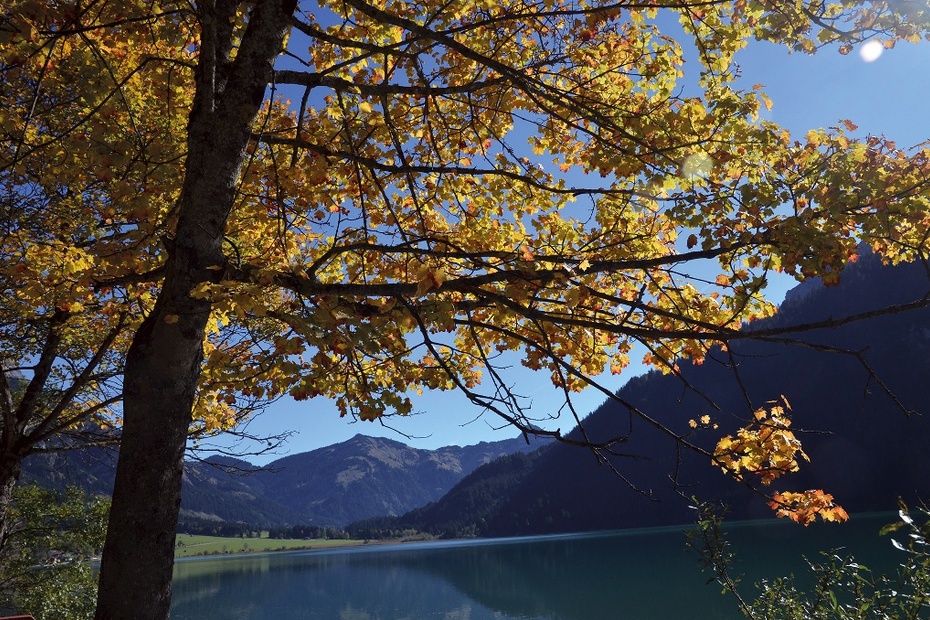 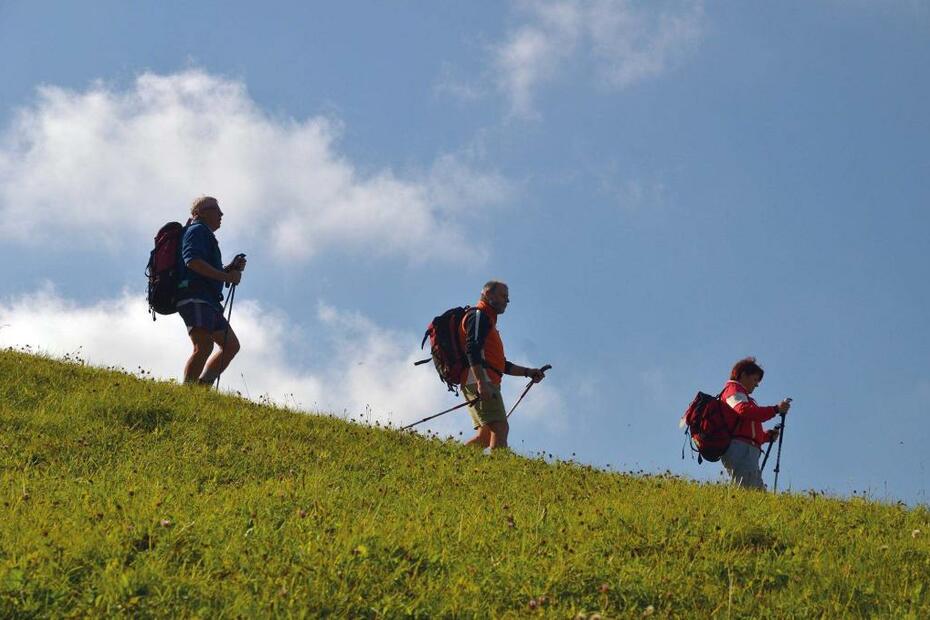 Short description:
Scenically varied route through the quiet Rotlechtal valley down to Rieden and Weißenbach am Lech, then on the old Gaichtpassweg up to the sunny Tannheimer Tal.

The Tyrol-Allgaeu Way of St James

This Alpine Route of St. James, which is both scenically and culturally very attractive, leads off the main roads over three Alpine passes, namely the Fernpass, the old Gaichtpass and the Jochpass. It crosses some of the most attractive hiking and holiday regions of Tyrol and southern Upper Allgäu on ancient Roman, trade and pilgrim paths.

The pilgrims to St. James can undoubtedly look forward to a particularly impressive route here. All the more so, as it mostly leads through rural, tranquil mountain regions, where people have been deeply influenced by faith and fear of the forces of nature for centuries. These regions are therefore particularly rich in churches and chapels with numerous art-historical gems, often from very different eras. In combination with the magnificent panoramic views, the constantly changing perspectives and the meditative, but now and then strenuous hiking in wind and weather through these alpine natural landscapes, this "camino" becomes an unforgettable path that demands all the senses, rich in intense experiences, encounters, experiential and perhaps also new insights about oneself.

Integration into the Jakobwegenetz of Austria and Germany

In the chapels of St. James and in the churches mentioned in the text there are stamped places along the St. James' Way. These pilgrim's stamps are nice memories in your own pilgrim's diary. In the intrnat. recognised pilgrim's identity card they serve as proof of the route completed. As an official document, the pilgrim's identity card also enables the pilgrim to stay overnight in special pilgrim accommodation, of which there are still few on this route. It can be obtained from the St. James pilgrim associations for a processing fee.

Directions:
From the church of St. James turn right towards Rinnen, at the end of the village parallel to the road through meadows down to the Moossee, to the valley station of the Thanellerkar lift and to the beautifully restored Sebastian Chapel (17th century) in Rinnen. Continue downhill towards Rieden. At the next fork in the trail, do not turn left (Rauth/Wasserfall), but continue straight downhill towards Rieden. The forest path leads past a small waterfall, along the reservoir and steeply down to a fork in the path. To the left, a very steep little forest road leads directly down to Rieden. The pilgrims' path follows the mountain bike route in a wide right turn down to Riedener See and into the little village with a pretty chapel. Continue on the marked hiking trail in the direction of Weißenbach, finally to the state road and over the Lech bridge to Weißenbach, which is ideal for stopping off, shopping and spending the night. Stamp office in the municipal office. Between the church and Gasthof Goldenes Lamm, the marked Way of St. James leads from the bridge then along the Weißenbach in the direction of the old Gaichtpass road to the beautiful Mariahilfkapelle (1714) below the Gaicht, which is still a popular pilgrimage destination today. It was enlarged in 1860 at the expense of the innkeeper Johann Martin Lutz of the Gasthaus Post. The last complete renovation was completed in 2002. The old trade route to the Gaicht pass, which is equipped with interesting information boards, leads uphill in serpentines over elaborately restored arched bridges, crosses the new pass road once and leads to the hamlet Gaicht (1117 m) in the Tannheimer Tal with the chapel "Maria Heimsuchung" (Visitation of Mary), built in 1695 instead of a Gothic chapel. In Gaicht there is also the oldest house of the Tannheimer Tal. Following the pilgrims' path in the direction of Nesselwängle, at the wood yard/parking area (Schneetal) you reach the cycle/hiking path Tannheimer Tal through the underpass of the federal road to the left of the Nesselwängler Ache and thus reach the valley station of the Krinnenalp lift (Schmitte) with a stop for refreshments. Those who hike to the centre of Nesselwängle for a stop for refreshments and to visit the St. Antonius Chapel will later reach the Krinnenalp lift via the Mühlenweg (mill path) and again the Jakobsweg (Way of St. James). The path continues first through meadows, then along the shore of the Haldensee to the end of the lake. There you go straight on before the lido and car park, past the managed Tauscher's Alm, and on to Haldensee. The small chapel of St. James (Stamped Chapel), built in 1642, has stood in the middle of the village since 1703.

Safety guidelines:
It should be noted that there is an increased risk of accidents and injuries on pilgrim paths. Despite careful route planning, a basic risk always remains. Tour preparation through endurance sports, appropriate technical training and mental preparation reduces the risk of accidents and injuries. But please never forget that the weather in the mountains can change very quickly.

Equipment:
The personal pilgrim's equipment must be safe and serviceable and must meet the relevant technical standards. The rucksack should not exceed the weight of 15 kg. Every pilgrim is recommended to inform and prepare himself in detail in technical literature or on the Internet.

Public Transit
Berwang can be reached by bus from Bichlbach station, which - like Lermoos (see last stage) - is easily accessible by train via the extra-urban railway and the railway connection from/to Garmisch-Partenkirchen. Regional timetable: www.vvt.at